Living and Working in the United States | Basics of US Immigration

This is part of a four part series on immigrating to the United States that will be appearing in BusinessBrief Magazine. BusinessBrief is a South African business management Magazine that provides the decision makers in business with the information they need to make better business decisions.

Living and Working in the United States--the Basics of U.S. Immigration

Since the birth of the United States, immigrants have been integral factors in the country’s growth and prosperity. Through pioneering spirit, innovative science, advanced intellect and exceptional art, immigrants have helped drive the nation’s future successes and forward advancement.

Immigrants are defined by U.S. immigration law as persons lawfully admitted for permanent residence in the U.S.  Depending on a foreign national’s residence, there are two paths that can be taken to attain lawful permanent residency. 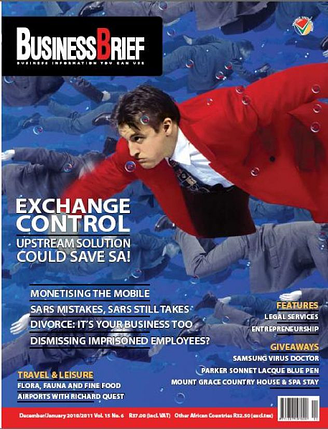 Foreign nationals living outside the U.S. apply for an immigration visa at a consular office of the Department of State (DOS). When approved for admission at a port of entry, they become legal immigrants.  Foreign nationals already living in the U.S., including temporary workers, foreign students and refugees, file an application for adjustment of status from temporary to lawful permanent residence with U.S. Citizenship and Immigration Services (USCIS). At the time they apply for adjustment of status, they may also apply for work permits. Adjustment of status applicants receive lawful permanent residence when their applications are approved. New legal immigrants are automatically authorized to work and receive permanent resident cards, which are commonly referred to as green cards.

In order to obtain permanent residency, a prospective immigrant generally needs to have a sponsor.  That is a U.S. citizen or entity that will file a visa application on their behalf.  That sponsor can either be an employer or a family member.  The Immigration Act of 1990 specifies annual limits for certain immigration categories.  For example, visas are immediately available for the spouse, parent or child of a U.S. citizen.  However, there is a back-log in visa applications for siblings of U.S. citizens and the current wait time for visas based on sibling sponsorship is at least ten years.  In addition to obtaining permanent residency through employment or a family member, one can enter the DV Lottery and win one of the 55,000 visas allocated to the lottery annually.  Additionally one may invest $1 million U.S. dollars in a U.S. business or $500,000 U.S. dollars in certain regional centers and purchase a green card.

There are numerous categories of nonimmigrants; although, the great majority of them are tourists.  Second in volume to tourists are business people coming to the U.S. to engage in commercial transactions. Other categories include foreign students, treaty traders, treaty investors, visitors connected with a foreign government and representatives of international organizations.  Temporary workers also fall under the nonimmigrant classification, and this category includes workers in specialty occupations; workers performing temporary services; exchange visitors who enter to study, teach or conduct research; intracompany transferees; entertainers; athletes; and industrial trainees. Generally, temporary work visas such as the H-1B visa for professionals can be issued for up to three years and can be renewed for three years.  There is no annual limit for the total number of nonimmigrant admissions; however, there are limits imposed on the number of certain types of temporary visas issued annually.

Keep posted for part two in this immigration series....