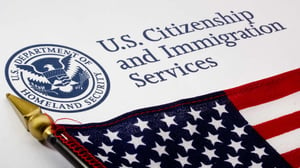 The USCIS was always known for taking a long time, however, these delays have reached a crisis level over the last year and a half. In the fiscal year 2018, it took nearly 9.5 months on average for the USCIS to process a case—nearly 1.5 months longer than it took in 2017. The increase in processing times can be seen in the USCIS’ handling of naturalization applications, green card and green card renewals, asylum, and those people with applications to bring relatives to the United States. It is essential to note that the vast majority of these are not people trying to skirt the system. Rather, they have filled out the necessary paperwork, checked all the correct boxes and followed U.S. immigration protocol to the letter.

The following are a few statistics which demonstrate the extent of the problem:

These delays not only cause uncertainty and fear among immigrants but have other significant effects on specific groups of workers. First, the delays by the USCIS have created a negative impact on the ability of U.S. companies to recruit and retain foreign workers. The American Immigration Lawyers Association (AILA) explained that adjudication delays have “undermined the ability of U.S. companies to hire and retain essential workers and fill critical workplace gaps.” In addition, these delays have worked against the interests of marriage-based green card holders. Through its processing delays, the USCIS has effectively extended the “conditional residence” period for green card holders from 2.5 years to 4 years or even longer. Finally, these long processing times have dangerous and often deadly consequences for people seeking protection for domestic abuse as well as young children. The processing time for this group has grown from 4.8 months in 2016 to 13.5 months in 2018.

The executive branch and its agencies were created to implement the laws created by Congress. However, it now feels that the USCIS, through its procedural delays and hurdles, is effectively changing the law without the permission of Congress. As explained by AILA, “a new set of Trump administration policies ‘act as bricks in the Trump’s administration’s invisible wall curbing legal immigration in the United States.” If you or someone you know is seeking to gain entrance into the United States or a company that wants to ensure you can retain your skilled workers to the extent required by law contact, contact Pollak PLLC at (214) 307-5510.