Green Card DV Lottery-2015 Entrants? Check If You have Won! 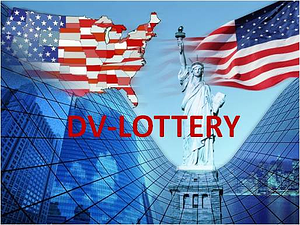 The Kentucky Consular Center in Kentucky has registered and notified the winners of the DV-2015 diversity lottery.  The diversity lottery makes available *50,000 permanent resident visas annually to persons from countries with low rates of immigration to the United States.  Approximately 125,514 applicants have been registered and notified and may now make an application for an immigrant visa. Since it is likely that some of the first *50,000 persons registered will not pursue their cases to visa issuance, this larger figure should insure that all DV-2015 numbers will be used during fiscal year 2015 (October 1, 2014 until September 30, 2015).

Applicants registered for the DV-2015 program were selected at random from 9,388,986 qualified entries (14,397,781 with derivatives) received during the 30-day application period that ran from noon, Eastern Daylight Time on Tuesday, October 1, 2013, until noon, Eastern Daylight Time on Saturday, November 2, 2013.  The visas have been apportioned among six geographic regions with a maximum of seven percent available to persons born in any single country.

During the visa interview, principal applicants must provide proof of a high school education or its equivalent, or show two years of work experience in an occupation that requires at least two years of training or experience within the past five years.  Those selected will need to act on their immigrant visa applications quickly.  Applicants should follow the instructions in their notification letter and must fully complete the information requested.

Registrants living legally in the United States may apply for adjustment of their status through the United States Citizenship and Immigration Service.  Once the total *50,000 visa numbers have been used, the program for fiscal year 2015 will end.  Selected applicants who do not receive visas by September 30, 2015 will derive no further benefit from their DV-2015 registration.  Similarly, spouses and children accompanying or following to join DV-2015 principal applicants are only entitled to derivative diversity visa status until September 30, 2015.

Dates for the DV-2016 program registration period will be widely publicized in the coming months.  Those interested in entering the DV-2016 program should check the Department of State’s Visa web page in the coming months. To read a great article on winning the Diversity Visa Lottery go to http://www.forbes.com/sites/quora/2014/03/18/what-is-it-like-to-win-the-diversity-visa-lottery/