Changes to E Visa Application Processing at US Embassy Mexico 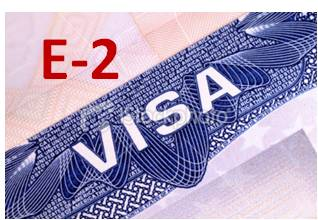 Effective July 7, 2015, US. Embassies in Mexico will change where Non Immigrant E1 TreatyTrader and E2 Investor visas will be processed.    E-1 visa processing will be handled by the Consulates General in Monterrey and Tijuana and E-2 visas will be handled by the Consulate General in Ciudad Juarez.  The US Embassy states that an increase in overall applications makes it difficult to maintain efficient processing of these visas in Mexico City.  The US. Embassy in Mexico City will not process E1 and E2 visa applications filed after July 7, 2015.  The actual email received can be viewed at E_processing_changes

The E visa (treaty-trader/treaty-investor visa) provides reciprocal benefits to nationals of the U.S. and foreign countries who invest or conduct trade between two countries. Foreign nationals can get a visa by conducting trade with the U.S. (E-1 visa) or by overseeing investment in the U.S. (E-2). The E visa category can be used by various types of companies, whether owned by individuals or large multinational corporations. The E visa can be used by the company’s principals or by its employees. Please also see our video on the E2 visa here.

E-1 visas are for individuals involved in the exchange, purchase or sale of goods/services or merchandise. Services include technology transfer, architecture and engineering services, management consulting or accounting. The trade in goods and services should be substantial, as defined by the INS, in terms of value, volume or a large number of small transactions. The trade must also meet the following criteria:

E-2 visas are for owners and investors in businesses in the United States. The E-2 is a non-immigrant visa that may be granted for substantial investments in the U.S. An investment must meet several criteria in order to qualify for an E-2 visa. These criteria include:

There is no minimum amount of investment necessary to obtain an E-2 visa, and whether an amount will be considered "substantial" depends on the type of business involved, the number of jobs created the alien's personal assets, etc. In most cases, the investment must be at least $100,000USD.

Employees of E-2 companies may be granted E-2 visas if they are or will be engaged in duties that are executive, managerial, or supervisory in nature.  If he/she is employed in a minor capacity, the employee may be granted E-2 visa if he or she has special qualifications that make the services to be rendered essential to the enterprise.

The spouse and children (unmarried and under 21) of E-1 or E-2 visa holders are entitled to the same E-1 or E-2 classification as the principal and the spouse can receive work authorization.  The visa can be renewed indefinitely as long as the business is operating.  You will lose the visa if the business stops operating.