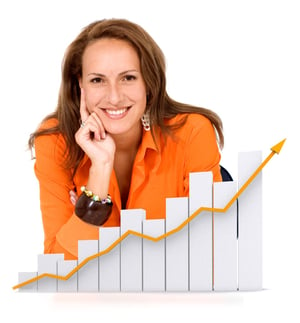 Last month, US Citizenship and Immigration Services (USCIS) hit its pre-mandated annual H-1B visa “cap” five days after April 1 (the first day they began accepting H-1B visa applications). Nominally, the cap affords for USCIS to issue 65,000 H-1B visas every year –– with an additional 20,000 reserved for applicants with a Master’s degree. That’s 85,000 visas issued in total. Fairly straightforward, right? Well, not exactly. If you take the trouble to pour over certain US immigration statistics supplied by the USCIS itself, you'll find that not only does the number of H-1B visas given out per year exceed the cap of 85,000 –– but it does so by a significant total. So, to clear up the confusion around H-1B visas in the wake of the latest season, here’s an analysis of the past ten years of H-1B stats.

How Many H-1B Visas Are Issued Per Year?

According to immigration statistics from USCIS, over 400,000 people applied for an H-1B visa in 2017, with just under 300,000 getting approval. In addition, a further 80,000 cases were still pending at the time of the report’s publishing. At this point, it’s natural to wonder how more than 200,000 people managed to obtain an H-1B visa than the supposed cap permits. The answer is nuanced and complicated (like most immigration law). First, there are an unlimited number of “cap exempt” visa applications. H-1B applicants who are working at universities, non-profit research facilities associated with universities, and government research facilities are exempt. Second, the US has free-trade agreements with certain countries like Chile and Singapore that guarantees a certain allocation of H-1B visas are reserved for their inhabitants. However, if that quota is not met, then the remainder of those visas are made available for applicants from any country. Lastly, (and here’s the big one) there are a number of “rollover” cases from previous fiscal years (including visa extensions, holders applying for a new position, and amended petitions) that aren’t counted against the current year’s cap.

Now that we’ve established why there are so many H-1B visas doled out every year, it’s time to look at some of the more intriguing trends over the past decade, so you can better understand the nature of the visa –– and who’s applying for them.

By looking at H-1B US immigration statistics a little more in-depth, we can begin to see a clearer picture of how the immigration process works. It’s worth noting that the H-1B visa is regularly in high demand, and making sure you adhere to the stringent application process is the best way to give yourself a chance at securing it. Not surprisingly then, a little legal help can go a long way. Contact Pollak PLLC today. We’ve got the knowledge and experience you need to make your immigration dream a reality.