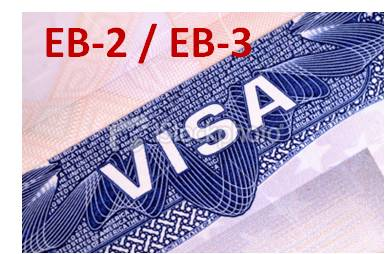 Charles ("Charlie") Oppenheim, Chief of the Visa Control
and Reporting Division, U.S. Department of State sat down with American Immigration Lawyers Association (AILA) to provide his insight into his visa predictions for October 2014 and beyond.

The new fiscal year begins on October 1, and with it comes a new infusion of
visa numbers! Below are highlights from the October 2014 Visa
Bulletin and Charlie's predictions for future movement based on information
available as of September 9, 2014.

As articulated in Section D of the Visa Bulletin, retrogression of EB-2 India
appears to be imminent, and could happen as early as November. The October 2014
priority date for EB-2 India is May 1, 2009. Given current demand, the priority
date will retrogress, possibly to a date in early 2005. Members should plan to
file adjustment of status applications by the end of October for any eligible
EB-2 India clients, as the window of opportunity may be closing.

A major factor in this anticipated retrogression is the large volume of EB-3
to EB-2 upgrades for Indian-born applicants. Based on filings at USCIS, Charlie
anticipates a huge volume of India EB-2 demand in the coming months.

NOTE: In addition, the maximum number of EB-2 immigrant
visas which are available for India for Fiscal Year 2014 has been reached.
Therefore, EB-2 India visas are "unavailable" until October 1, 2014.
USCIS offices may continue to accept and process EB-2 India cases with
priority dates earlier than May 1, 2009 during the month of September.
However, instead of being acted upon immediately, those cases will be held in
the Visa Office's "Pending Demand" file until October 1, 2014, at which time
they will be authorized.

Following our last report, Charlie announced that EB-5 China numbers were
depleted through the end of the fiscal year (September 30, 2014). Though EB-5
China remains current for the start of the new fiscal year in October, Charlie
continues to predict that a cut-off date will be imposed at some point during
the second half of the fiscal year, possibly as early as May. This prediction is
based on the assumption that USCIS will continue to issue approvals of EB-5
petitions at the current rate, as well as an assumption that a significant
portion of the more than 5,000 applicants with approved EB-5 petitions at the
National Visa Center (NVC) will come forward to be processed. It is also likely
that more applicants will come forward to finalize action on their cases as we
enter the final year of the three-year regional center pilot program. It is
hoped that sufficient demand data will be available in January which will help
in predicting future movement in this category.

Demand for both employment-based and family-based visas for the Philippines
continues to decrease which accounts for the advancing priority dates in these
categories. The cut-off date for the EB-3 and "Other Worker" categories for the
Philippines is the same as it is worldwide, October 1, 2011. The NVC has been
sending "Choice of Address and Agent" (DS-3032) forms to beneficiaries
in an effort to spur demand but so far it is not materializing. Though demand is
low and dates will remain favorable for the foreseeable future, this may change
if many more applicants come forward to claim immigrant visas.

A Glimpse Into the Preference-Based Visa Process

Have you ever wondered exactly how DOS and USCIS coordinate to ensure
preference-based visas are processed efficiently? This month, Charlie provides
some insight into the process.

In spring 2007, DOS implemented a new system to address USCIS processing
problems that resulted when cut-off dates retrogressed prior to final action on
a case. Prior to that time, USCIS would request a visa number from DOS through
an automated system upon completion of processing an adjustment of status
application. DOS would either grant authorization and allocate a visa number, or
deny authorization if the applicant's priority date was not current. If
authorization was denied, USCIS would place the file on the shelf and the
adjudicating officer was required to monitor the Visa Bulletin and pull the case
when the priority date became current. As a result of the spring 2007 upgrade,
cases that are denied authorization due to a non-current priority date are now
accepted by DOS and maintained in a "Pending Demand" file. When the priority
date becomes current, DOS automatically authorizes the case and notifies the
appropriate USCIS office.

This system enables greater efficiency for USCIS and is a safeguard against
cases "slipping through the cracks." It also provides DOS with greater
visibility of the pre-adjudicated demand, thus enabling Charlie to better
predict priority date movement