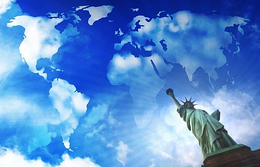 White House press secretary Jay Carney on Wednesday alluded that President Obama could present his proposal for immigration reform in his State of the Union address.

"I would say, broadly speaking, that State of the Union addresses tend to include at least a sample of a president's agenda," Carney said at his daily press briefing. "And immigration reform, comprehensive immigration reform, is a very high priority of the president's. But I don't want to get ahead of the speech."

The White House has been primarily silent on the issue as gun control and the "fiscal cliff" have served center stage. But the White House has suggested that Obama will begin outlining his second-term policy agenda — including immigration reform — in the coming weeks.

At a press conference in November, Obama said he was "very confident that we can get immigration reform done," citing rising Latino populations and political participation." His desired immigration package, although he did not provide specifics.

"I think it should include a continuation of the strong border security measures that we’ve taken, because we have to secure our borders," Obama said. "I think it should contain serious penalties for companies that are purposely hiring undocumented workers and taking advantage of them. And I do think that there should be a pathway for legal status for those who are living in this country, are not engaged in criminal activity, are here simply to work."