A Pulitzer Prize winning journalist, Jose Antonio Vargas, has just announced that he is an undocumented immigrant in a major article that just went up on the New York Times website.  Tomorrow evening ABC News will be devoting its Nightline program to the story.  Here are the links:

END_OF_DOCUMENT_TOKEN_TO_BE_REPLACED

Announcing “The Art of Survival” (a Documentary Film) | Immigration

END_OF_DOCUMENT_TOKEN_TO_BE_REPLACED 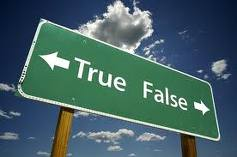 END_OF_DOCUMENT_TOKEN_TO_BE_REPLACED

Solutions That Work: A Policy Manual for Immigration Reform was crafted by the American Immigration Lawyers Association (AILA) to show that a solution to our nation's immigration problem does exist and can be achieved. Each section of this policy manual summarizes a key component of the existing immigration system, identifies its deficiencies and offers workable solutions that when applied together, will fix the totality of the broken, outdated, and inadequate system. AILA believes that for lasting and meaningful reform to take hold, these various components must be addressed in a comprehensive immigration reform package.

The Policy Manual explains how any effective, long-term solution to the immigration problem must: 1) require the unauthorized population to come out of the shadows, register their presence with the government, and give them the opportunity to earn legal status; 2) provide fair and lawful ways for American businesses to hire much-needed immigrant workers who help grow our economy while protecting U.S. workers from unfair competition and all workers from exploitation; 3) reduce the unreasonable and counterproductive backlogs in family-based and employment-based immigration; 4) ensure the permanent immigration system provides adequate visas to meet the needs of American families, businesses, and communities; and 5) preserve and restore the fundamental principles of due process and equal protection while protecting our national security.

END_OF_DOCUMENT_TOKEN_TO_BE_REPLACED

The California Supreme court holds that undocumented alien students do not have to pay non-resident tuition to attend University.

END_OF_DOCUMENT_TOKEN_TO_BE_REPLACED

Washington D.C. - Today, the Senate voted 56 to 43 against proceeding to the Defense Authorization Act. This procedural vote, which basically followed party lines, ends consideration of critical social issues that affect the military and were to be offered as amendments to the bill. Among the amendments not considered is the DREAM Act, an immigration bill that would provide legal status to young people who graduate from high school and pursue college or military service.

END_OF_DOCUMENT_TOKEN_TO_BE_REPLACED

Washington, D.C. - Senate Majority Leader Harry Reid announced that he would attach the Development, Relief, and Education for Alien Minors (DREAM) Act to the Department of Defense authorization bill expected to come before the Senate as early as next week. The vote will be an important test of whether Congress can transcend partisan politics and work together on crafting solutions to the broken immigration system that both Democrats and Republicans acknowledge is in desperate need of reform. That the proposal will be considered as an amendment to the Defense Authorization bill is appropriate, given the Department of Defense's support for DREAM Act as a way to improve military readiness.

First introduced in 2001, the DREAM Act would address the plight of young immigrants who have been raised in the U.S. and managed to succeed despite the challenges of being brought to the U.S. without proper documentation. The proposal would offer a path to legal status to those who have graduated from high-school, have stayed out of trouble and plan to attend college or serve in the U.S. military for at least two years.

Each year, approximately 65,000 undocumented students graduate from high school, many at the top of their classes, but cannot go to college, join the military, work, or otherwise pursue their dreams. They belong to the 1.5 generation - any (first generation) immigrants brought to the United States at a young age who were largely raised in this country and therefore share much in common with second generation Americans. These students are culturally American, growing up here and often having little attachment to their country of birth. They tend to be bicultural and fluent in English.

Research has shown that providing a legal status for young people who have a proven record of success in the United States would be a boon to the economy and the U.S. workforce.  University presidents and educational associations, as well as military recruiters, business and religious leaders have added their voice to those calling for passage of the bill. Foreign-born students represent a significant and growing percentage of the current student population. Unfortunately, immigration status and the associated barriers to higher education contribute to a higher-than-average high dropout rate, which costs taxpayers and the economy billions of dollars each year.

The DREAM Act would eliminate these barriers for many students, and the DREAM Act's high school graduation requirement would provide a powerful incentive for students who might otherwise drop out to stay in school and graduate. This will help boost the number of high skilled American-raised workers.  As they take their place in the workplace as hard working, taxpaying Americans, they will contribute a lifetime of revenues at the local, state and federal level.

Deputy Undersecretary of Defense for Military Personnel Policy, Bill Carr, supports the DREAM Act and stated that the law would be "good for readiness" and would help to recruit "cream of the crop" students. The DREAM Act is part of the Department of Defense's 2010-2012 Strategic Plan to assist the military in it's recruiting efforts.

For more information on the DREAM Act see:

END_OF_DOCUMENT_TOKEN_TO_BE_REPLACED

Here is an interesting article by Mary Giovagnoli that appeared in the Immigration Impact.

END_OF_DOCUMENT_TOKEN_TO_BE_REPLACED
All posts Next Page