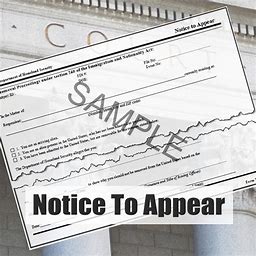 Opponents to the new policy argue that it will deter individuals who are eligible for immigration benefits from applying out of fear that they will be faced with deportation proceedings if they are denied.  Consequently, the USCIS will force more people into removal proceedings despite the fact that they may have lived and worked lawfully in the U.S. and would otherwise seek appellate review or depart voluntarily if their applications were denied.  This could potentially include workers who have complied fully with U.S. immigration laws and have subsequently been informed that they no longer qualify for the visa status they have lawfully held for years.  The policy ends all prosecutorial discretion in determining under what circumstances to issue NTAs.

The Policy’s Impact on Government Resources:

The new policy will undoubtedly increase the issuance of NTAs.  This will present an almost insurmountable administrative burden for USCIS with ever increasing processing times and backlogs.  USCIS should also anticipate increased litigation now that the consequences of denied applications will likely result in deportation proceedings.  In addition, the widespread issuance of NTAs will deplete the immigration courts:  diverting the courts’ scarce resources and creating longer wait times.  The immigration court backlog is already reported to be at over 700,000 cases as of May, 2018.  These backlogs will skyrocket as a result of the number of new cases that will be added as a result of this policy.

Implications of the Policy on Foreign Nationals and U.S. Employers

Foreign nationals should take all possible precautions to make sure that their work visa petitions are filed and adjudicated to completion before their existing status expires so that if the petition is denied, they will remain in another lawful status and can avoid an NTA.  Employers should consider sponsoring their workers for green cards as early as practicable to maximize the likelihood that the green card can be approved before the employee’s underlying work visa expires or is denied for extension.